We’ve come to a crucial point in our world’s life that will determine its future. Many scientists, influencers, and politicians are emphasizing that we only have a couple of years left before the damage of climate change becomes irreversible. But, unfortunately, this means that everything else that happens a couple of years from now will become permanent: the change of tides, constant storms, and drought.

This struggle exists for every organization and industry that exists in our world. However, one of the biggest fights of our world starts with the manufacturing industry.

The manufacturing industry is one of the biggest industries in the world, but this title comes with a huge responsibility: taking care of our world. Researchers believe that this industry alone is responsible for 23% of the greenhouse emissions in the U.S. This percentage is much larger when you look at its effects worldwide.

This share of carbon emissions comes alongside our necessities as human beings. As we become more consumer-oriented, many companies are demanded to produce more products every day. This fast-paced production means more energy needs for pieces of machinery in the industry products. But many experts believe that there are ways to reduce the industry’s significant carbon footprint without affecting efficiency. Advancements in science and technology have made this possible, and here are some ways the manufacturing industry is utilizing these advancements to reduce its overall carbon footprint.

More and more companies are joining this revolution. A few notable ones are Johnson and Johnson, General Motors, and L’Oreal. These companies mentioned how solar energy is making their plants more efficient and eco-friendly. In addition, these companies also mention how it is far more sustainable and cheap to utilize solar energy for their manufacturing needs.

Experts believe that the manufacturing industry can cut down more than 50% of its carbon footprint through this movement alone. However, it is still yet to be seen whether if more manufacturing companies are joining this change. 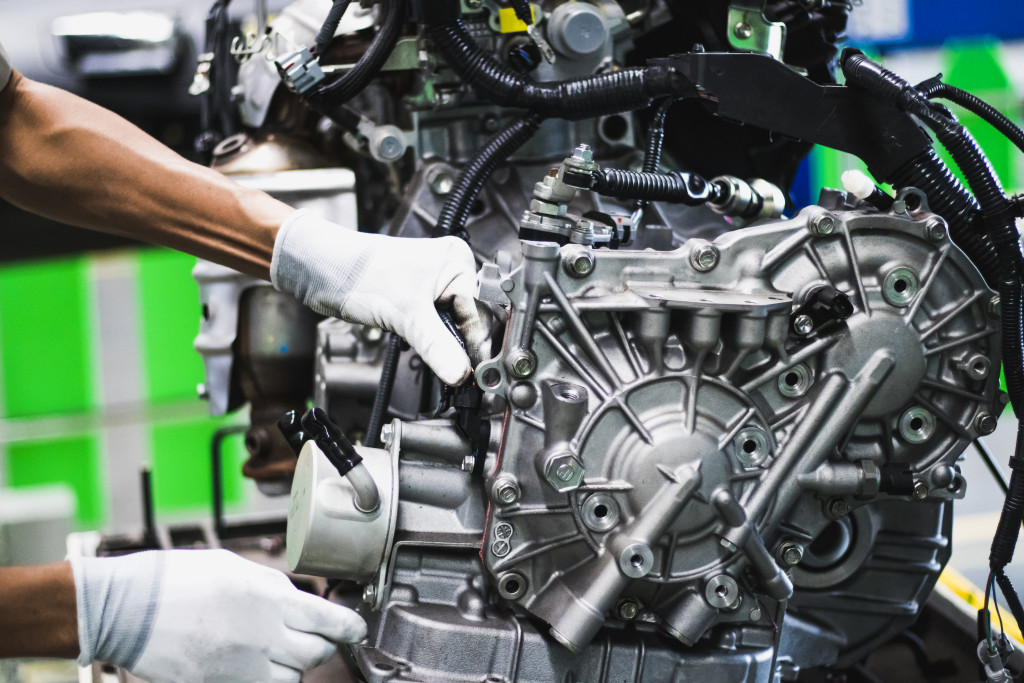 Compressors are essential even in every industry in the world. It is the backbone of manufacturing, and without these compressors, products will take considerably more time to make. However, compressors use a decent amount of oil, which is still a fossil fuel. This is why more companies are developing oil-free or oil-less air compressors, or in some instances, compressors that use no oil to function. This drastically reduces the need for oil in many factories while also making pieces of machinery more efficient. Furthermore, these kinds of compressors are known to be quieter than their oil-based counterparts.

This is a simple development that has helped reduce the reliance on fossil fuels in many manufacturing companies. Although it’s not the most significant compared to other improvements on this list, such an addition can reduce fossil fuel reliance by 10%, and that’s not a percentage that we can scoff at.

As we start to develop vehicles that rely less on fossil fuels, the more we start stabilizing our world. Most of these vehicles utilize electricity (from solar panels) and water to run, and these improvements have made it to trucks. Many companies in the world are now developing electric and hydro-powered trucks. The main reason for this is to reduce the 20% overall carbon emissions coming from these trucks while also making them more efficient in consuming energy. However, such development comes with a cost.

Apparently, we are still many years away from having such trucks on our highways. But many researchers are working hard to get some of these trucks going by the end of the year. Many advocates are praying for this to happen because electric and hydro-powered trucks can immensely reduce the subsector’s carbon footprint.

These are just some environment-friendly innovations being implemented by many manufacturing companies around the world. Slowly and surely, the industry is changing its harmful ways into more sustainable ones. It’s hoping to reduce carbon emissions by 50% in 2050. Experts believe that if the industry continues down this path, it can easily achieve that goal.