Have you ever spilled water on your notes and noticed how the ink spreads into streaks of various colors and shades on your paper? What you’ve just seen is a process called chromatography.

Chromatography is an analytical technique used to separate chemical compounds into individual components so that each part can be analyzed. All chromatographic systems generally work on the same principle and involve three elements. The sample or chemical mixture, the stationary phase that is usually in solid or liquid form and, the mobile phase (liquid or gas), which passes through the stationary phase and carries the parts of the chemical mixture with it.

In liquid chromatography, a liquid mobile phase flows through a solid stationary phase, which can be of silica-based, polymeric, or graphitic carbon material. As the mobile phase passes through the stationary phase, components of the mixture may be separated at different speeds based on molecular size, charge, hydrophobicity, binding interactions, or a combination of these factors.

Gas chromatography uses an inert gas like helium, argon or nitrogen, as its mobile phase. The sample mixture to be analyzed is injected into a column that goes through a gas chromatograph machine. This column is typically made of glass or a metal tube and is coated with a high-boiling point liquid. The mixture is then heated until it vaporizes, after which, the mobile phase is injected into the column. The separation of components depends on vapor pressure, column temperature, polarity, and length, carrier gas and gas flow rate. Gas chromatography is commonly used to analyze volatile compounds like petroleum, fragrances and hydrocarbons. 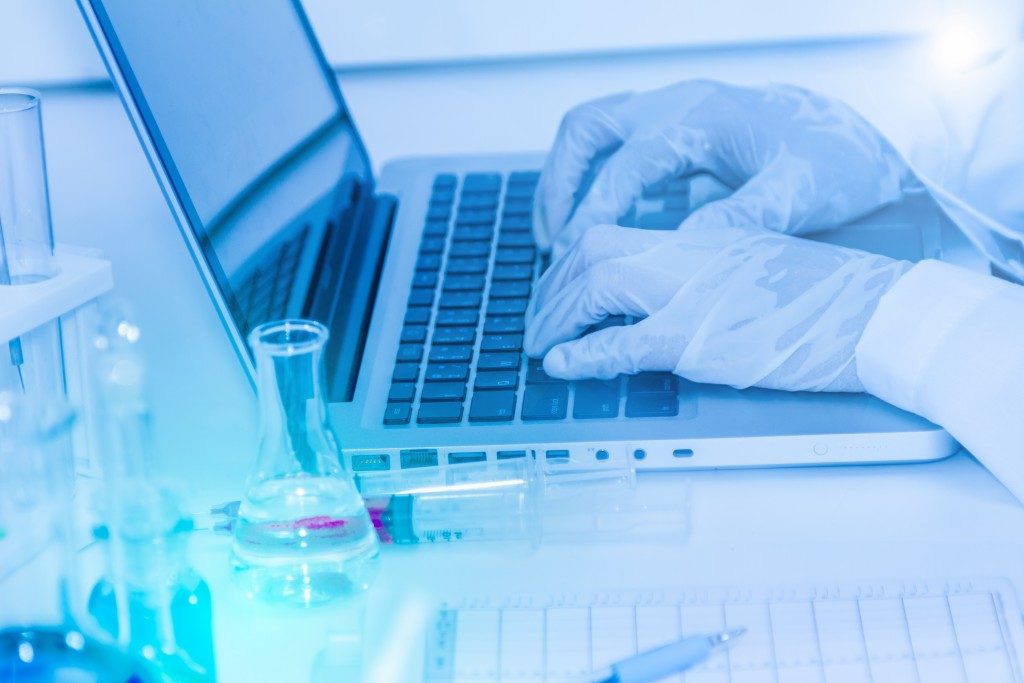 In paper chromatography, components of a mixture are separated by way of capillary action or the ability of a liquid to move upward due to the opposing factors of cohesion and adhesion that interact between the liquid and the surface. Filter or cellulose paper is the common stationary phase used, with solvent like water or alcohol as the mobile phase. Paper chromatography is typically used as a teaching tool and is also beneficial in forensic science, DNA or RNA sequencing, separating pigments and obtaining pure compounds.

Just like in paper chromatography, the separation of elements in a compound is driven by capillary action in thin layer chromatography. The stationary phase TLC plates, usually of a non-reactive material like metal, glass or plastic, are coated with either silica or alumina while the moving phase is a shallow layer of solvent. TLC is generally used in checking the purity of samples, identifying acids, antibiotics, alcohol and other compounds as well as in monitoring the performance of other separation techniques like column chromatography.

Chromatography is a valuable industry tool as it can be used in performing both quantitative and qualitative analysis. While there are more chromatographic techniques available, those mentioned above are the most commonly used.